It was 29th November 2016. Legendary drummer, Dave Barbarossa (Bow Wow Wow, Adam & The Ants, Republica…) had seen my work from a gig I’d covered that he did and kindly recommended me as a photographer. Ian Tregoning, who has worked very closely with Andrew Weatherall throughout their successful musical careers was hosting a night at the Ministry of Sound. The photographer had pulled out and Ian was trying to find someone last minute who could do the job. As it so often is when freelance, I already had two other photoshoots that day. The gig wasn’t until midnight and Ian was so excited about it all I could tell that whatever happened that day, I simply had to make this work. 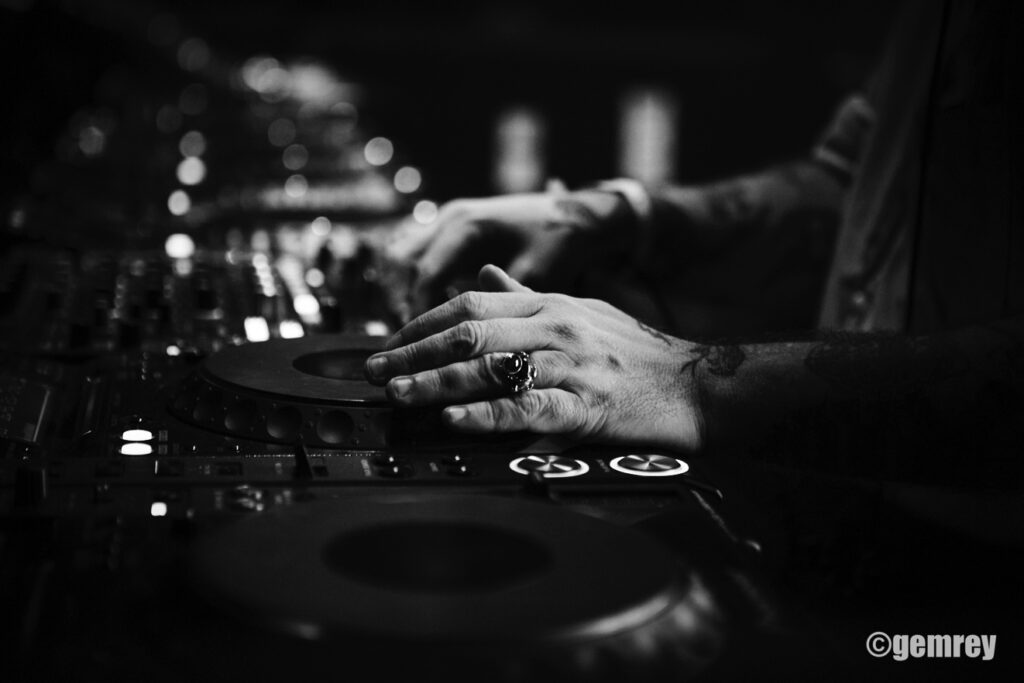 Having photographed many events in the past, this was unlike any other I’d been to. As the clock struck midnight, none other than Andrew Weatherall jumped on the decks at this famous London venue accompanied by special guests Deiter Meier and Boris Blank of the electronic duo that is “YELLO“. Their album “Toy” had just been released and Weatherall was doing a live interview between tracks and visual projections. It was captivating, atmospheric and honestly such a great pleasure to be there photographing these wonderfully talented individuals in one room. This was the first time I met Weatherall. Carl Craig was also in the building and did a set that night, as was Dave Barbarossa who performed a gig with Magnetik North. 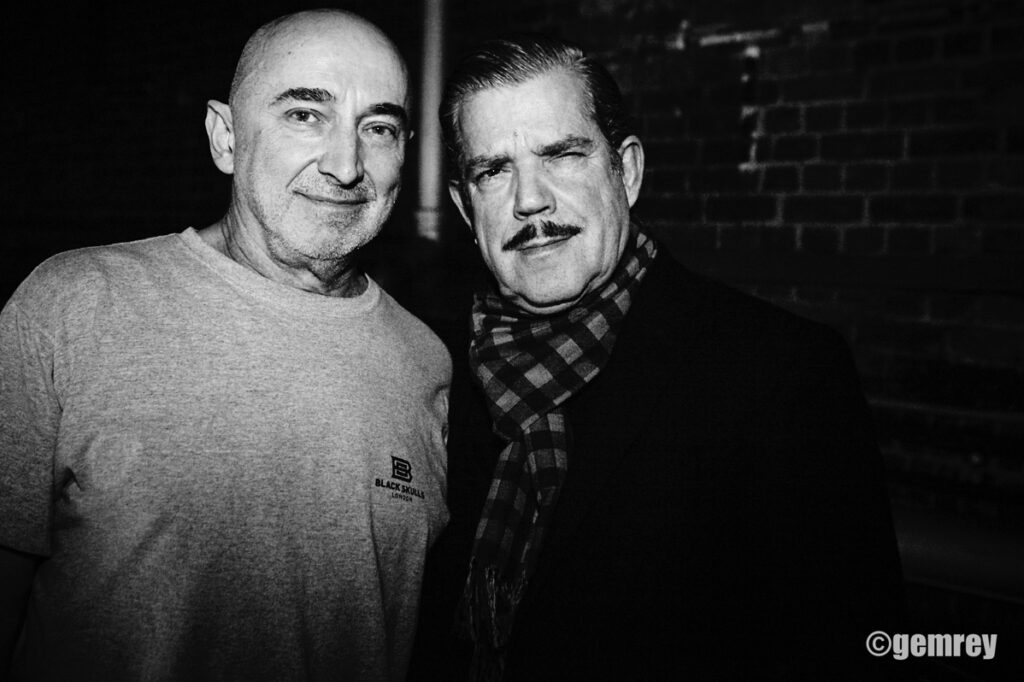 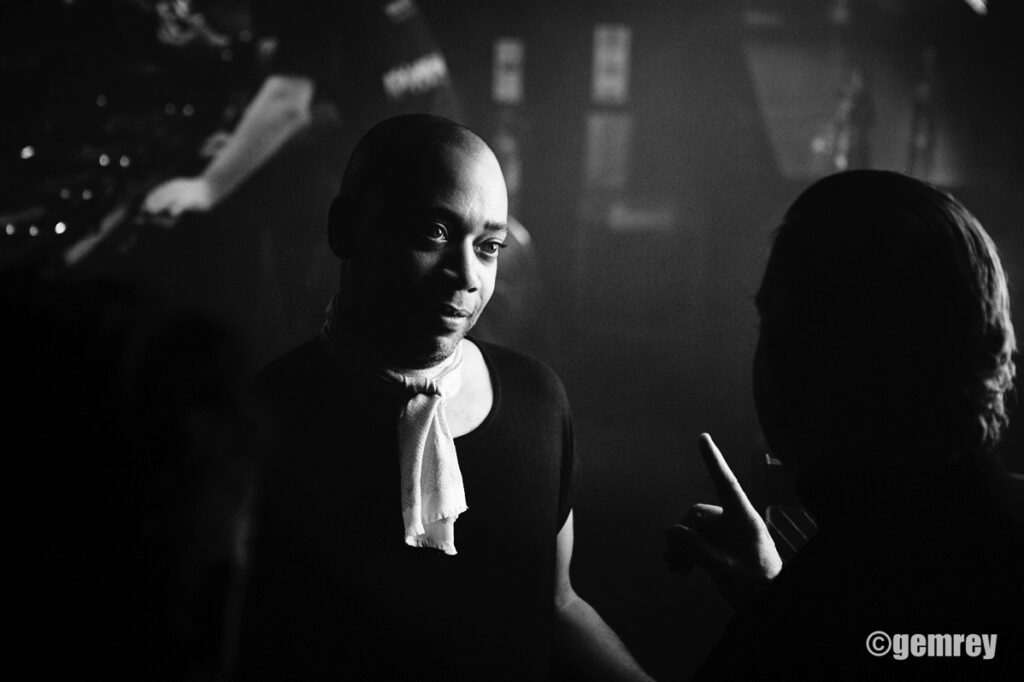 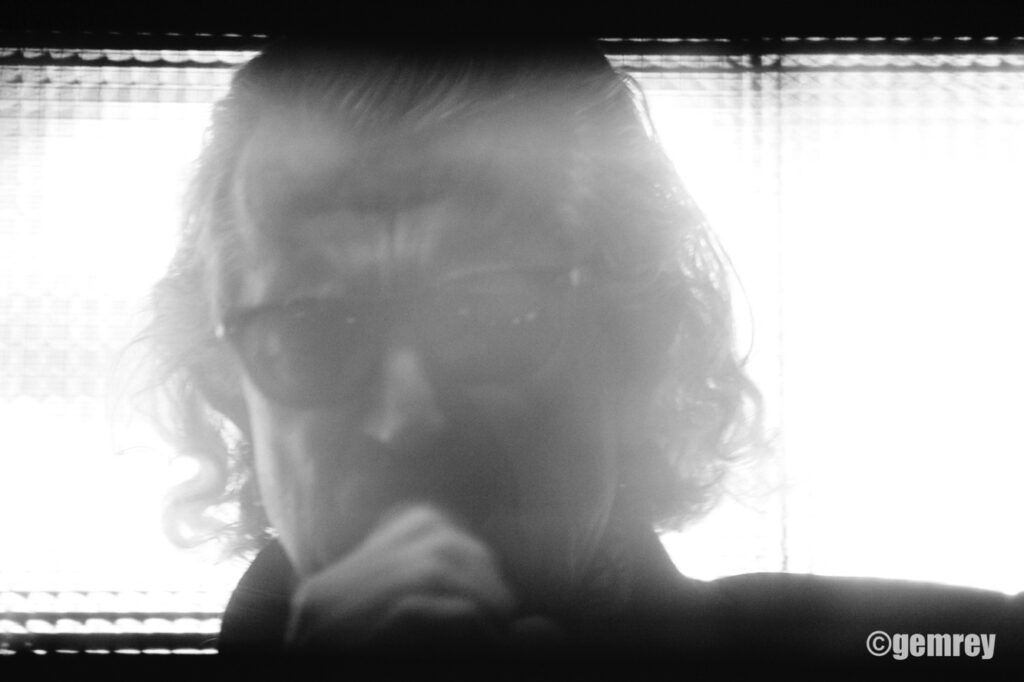 I was also reminded of a freezing cold Christmas Winter night near Oxford Circus, London and a group of us gathered together and we all went downstairs into the cosy bar “The Social”. As well as a much needed DJ set Weatherall performed some spoken word, and a set with “Moine Dubh”. We were also joined by his friend the award winning music producer / bass player, Youth. (The Verve, Pink Floyd, Paul McCartney, Killing Joke, The Orb).  It was one of those intimate gigs being such a small venue so there was time for us all to just hang out together.

Andrew’s ability to gather vibrations and turn them into his own style, like when he created the track “Loaded” for Primal Scream, just showed his immensely skilled ways with sound. He wasn’t afraid to step away from formality, and because of that he created tracks that were not just different, but also very successful.

We did some photos on the street in Soho and Andrew was wearing a lovely and warm woollen hand made poncho that he said he had got on his travels. Weatherall radiated with echos of the world in every element of his foundation.  I felt he brought the adventures and the places he’d been to into the everyday’s. He liked my work and that really meant a lot to me when he told me that. I realise that was all, time has passed and what was is now what is. I am grateful that I had the chance to meet him. The impact that this individual has had on the creative world just shows how much his musical legacy will continue.

I have included a small selection of images that I have managed to find for this post that I hope you will enjoy.