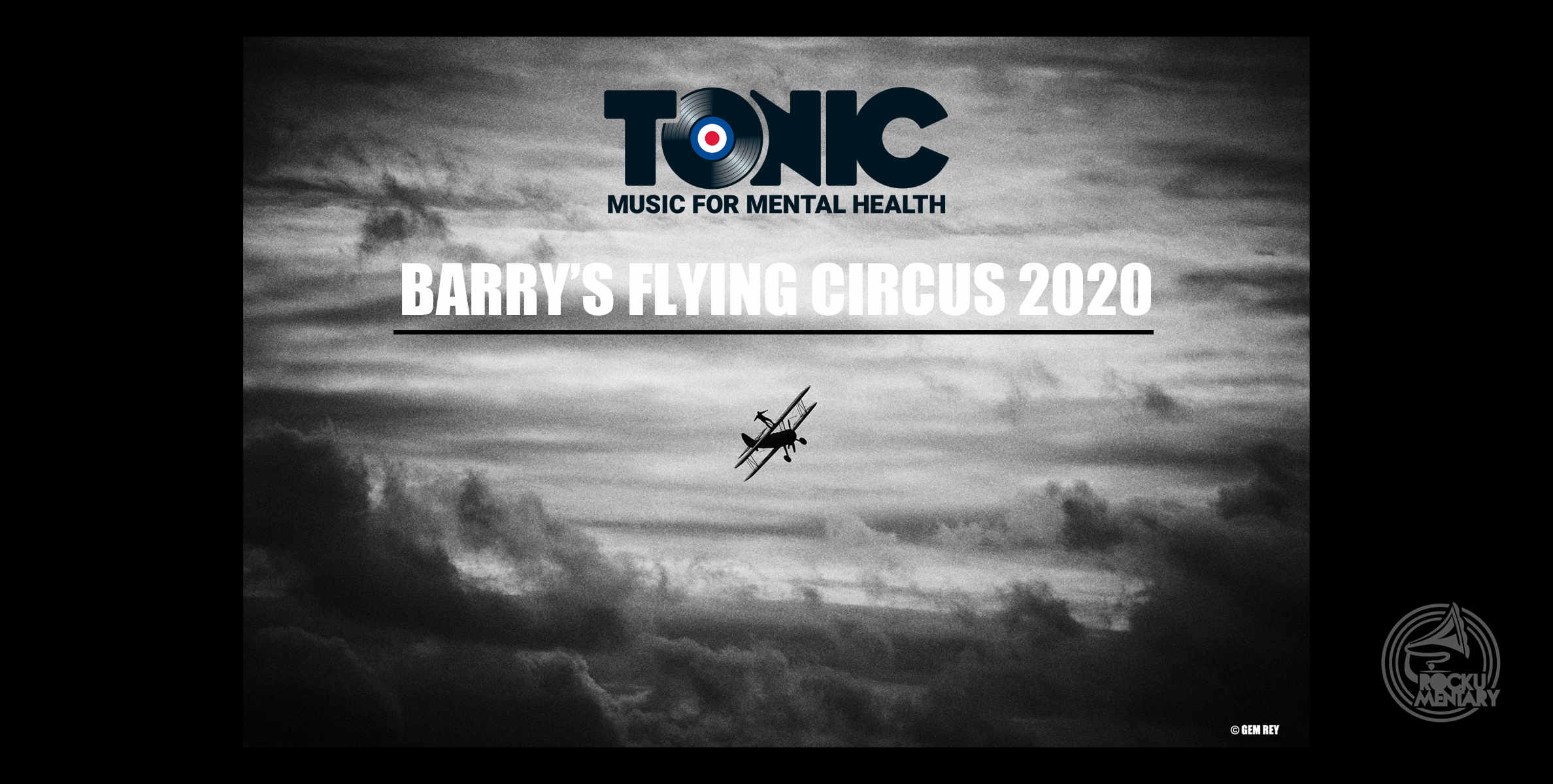 Barry Ashworth ~ Dub Pistols is patron for Tonic Music For Mental Health.
Barry gathered a host of rock’n’rollers to take to the skies to do a wing walk and raise money for this excellent charity. An incredible achievement. Their target of £20,000.00 got well and truly smashed as they have gone beyond what they set out to do. Bez ~ Happy Mondaysjoined the circus too. Barry and Bez did barrel rolls and a loop the loop ! Seriously ! These guys are brave. It was incredible. Everyone who took part played their part.

The film will premier tonight, 4th November at 8.30pm. Join us on YouTube: Rockumentary TV

“I wanted to make this film for “Tonic Music For Mental Health” to highlight how we can all reach out and help our friends. Suicide and mental health awareness is really crucial at any time. 2020 has been a challenging year and the music / events industry has been especially hit by the circumstances. I have now learned that the horse racing industry is also similar to the music world. If making this film saves one life, then it is worth it.” ~ Gem Rey

We hope this film makes you laugh too.
Look out for your mates.

One Life. Love it. Live it.

A big thank you to the Daily Sport who featured tonights premier in today’s article.

All the footage in this film is owned by copyright to © Gem Rey / Rockumentary TV.
Music ~ © Dub Pistols

The Dub Pistols recently released their new album “Addict” created during lockdown. The album reached number 5 in the “Official UK Record Store Charts”. Check it out.

Stay Safe.
Look after each other.

LET MUSIC BE YOUR TRIBE
RESPECT