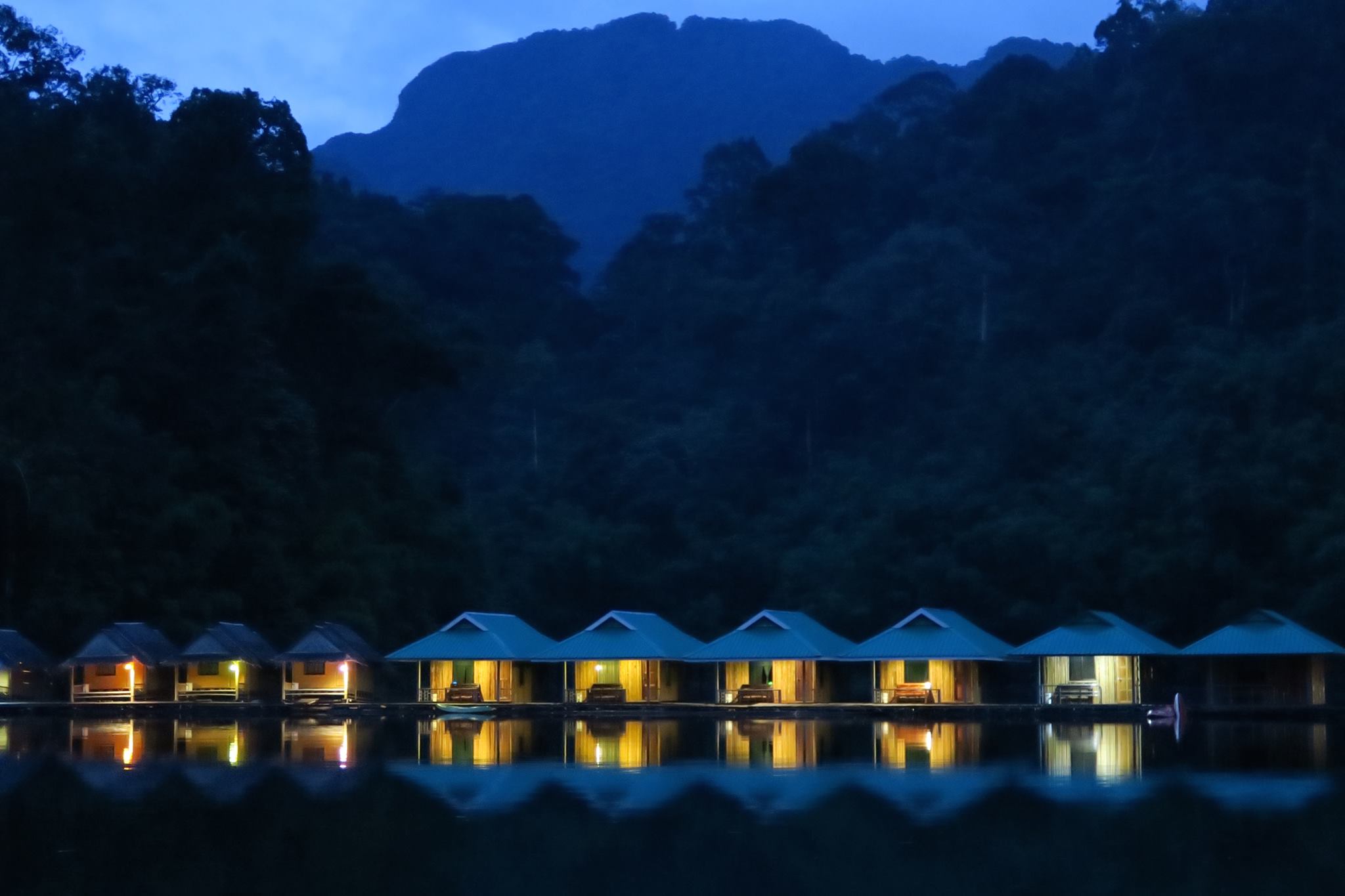 When we meet those special individuals in life who become the angel sparks in your everyday’s, you simply cannot imagine how life existed without them. Danny Paradise is one of those people. The first time we met was at a gig at The Paradise (no pun intended!) in Kensal Rise organised by my friend Wade Bayliss. Elisha Blue was singin’ the blues that evening and invited me along to have a listen. Ines (The Raw Chef) came to join me for a catch up and said a close friend of hers was in town from Hawaii and that she would bring him along…

There is so much to say about this one individual that I’m not entirely sure where to begin. I am a total coconut when it comes to Thailand. I adore it completely, something Danny and I both share. So I will begin by inviting you to take a look at this beautiful retreat that Danny hosts once a year in the jungle. An idyllic location away from it all where you can literally focus on the now, let go and embrace the natural abundance of nature and the vibrational motions that life is made of. PRAIWAN RAFT HOUSE The floating bungalows are nestled in Klong Long Wildlife Sanctuary, which is a part of Khao Sok National Park. The park’s lake pier is located about 2 hours by car from Phuket, Koh Samui, Krabi, Railay Beach and 1 hour from Surat Thani. It starts on January 29th 2017 http://www.jungleyoga.com or follow them on Facebook Places are limited for this little piece of paradise with Danny Paradise…  So it is recommended you book this sooner rather than later to avoid any disappointment. For more information on this retreat please do get in touch or just go direct to Danny’s Facebook page or the retreat to reserve your place.

When I asked Danny how it was all going, he replied “So much fun, it should be illegal!” Danny’s yoga career took flight through the world of rock’n’roll. Being a musician he played a gig at a Greek restaurant in Fulham back in the 80’s. Dominic Miller (now highly regarded though his work for Sting and also playing on the track “Another Day In Paradise” for Phil Collins) heard Danny’s set and liked it. They got chatting, kept in touch and recorded together. The two guys spread their wings to really take on the world of rock’n’roll. Understanding the importance of Danny’s Ashtanga Yoga teachings Dominic introduced Danny to Sting. It was clear how necessary and healthy it was to give a level of balance for musicians on tour. Being around the time of Nirvana, tour managers were really trying to look after their teams as much as they could due to such a high paced life style. Danny was hired by Sting & Trudie, Madonna, Paul Simon, Pearl Jam, Eddie Vedder, Cat Stevens (Yusuf Islam), Lyle Lovett and the list goes on. Edie Brickell and she is Paul Simon’s wife and she has recently done a successful musical with Steve Martin on Broadway called “Bright Star”. Bob Weir and Micky Hart of The Grateful Dead, Graham Nash, Chris Botti, Dominic Miller, John McEnroe and his wife the rock and roll musician, Patty Smyth, Donna Karan (DKNY), Luciano Pavarotti…

Danny has taught Yoga in over 40 countries for over 37 years. His life had been fully immersed in Ashtanga Yoga for at least 10 years and on meeting Graham Nash, Sting and so many other people, Danny helped to introduce Ashtanga Yoga into so many communities in the USA, Canada, Europe and Asia. 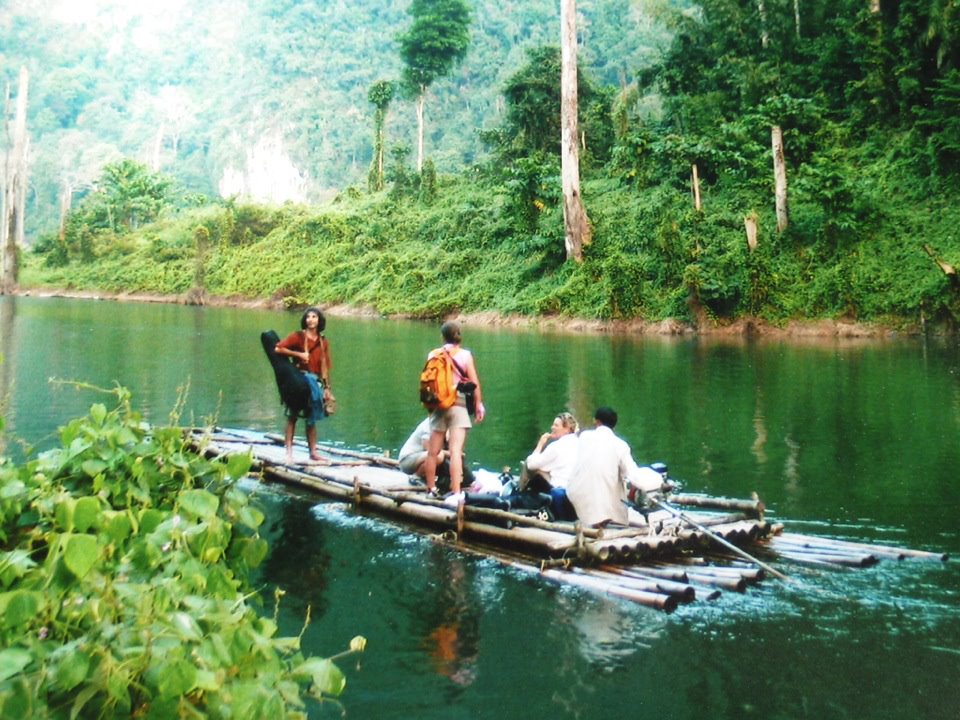 Danny’s musical career has taken him along so many journeys, and this is a very pure one. There are people in this world who need help from those who are more able to give it. A chance meeting with Ceu D’Ellia was one of those. On an adventure in Brazil…

“…on a boat journey for 7 days into the Upper Amazon. Our Brazilian hosts were not used to a group of Yogi vegetarians. They were a little concerned about what food they could find us up the rivers. They called one of their friends in Sao Paulo and asked him to come meet us and bring some health food from the city. That friend was Céu D’Ellia. He was a wild Brazilian and he had been participating in Shamanic ceremonies for many years. During that journey up the Upper Amazon with us, he was always drawing and doing caricatures of everyone on the trip. We learned he was an animator and later I found out he was animation director for Steven Spielberg and Walt Disney feature films.”

What I am bringing you to is a song that Danny has put together with a fantastic team of musicians and animators and this track is dedicated to raise awareness to the charity “Children Of The Forest”. The song is called “Love Will Rescue You”. Matthew Kelly co founder of COF was invited to give a presentation at the United Nations in New York about ‘Children’s Rights World Wide’ and used this track to put forward what he was trying to say.

I was very impressed with the whole place, the work that they were doing to protect, educate, house, feed and help the children heal from their traumas and experiences. Some were from broken homes or from no home at all…Some of the kids had escaped from traffickers. They were impoverished, border children from Mon and Karen Tribes. They were stateless and had no identity papers even though they were born in Thailand. Children of the Forest was also trying to help each child receive their identity cards so they would be free to travel and eventually work in Thailand without fear of being arrested by police or kidnapped by traffickers who would exploit the fact that they were stateless and therefore have no rights.”

The work that has been done for this charity is so powerful. The animation and putting together of the film has been done by some of the world’s top professionals. Such a great project, and a lovely track. His story continues…

“Since I am a songwriter and visual artist I had an idea to go back to Children of the Forest and film a music video to a song I had written.

The following year we came up with the idea to do a documentary on the Children of the Forest as well as the dangers that the children face in the region from networks of Traffickers and criminal gangs. Matthew and Mary decided to finance a week long investigation and filming with a Director named Cathy Pearson who was a Yoga friend of mine as well as two Cinematographers. One was Diego Barraza who was based in the UK. I knew Diego and liked a film on Yoga that he had put together called “Part and Parcel”. Also Cathy brought a brilliant Cinematographer that she worked with named Andrei Jewell who lived in Thailand. The excellent Irish Director Cathy Pearson, a Yoga friend of mine who won awards for her documentary ‘Get The Picture’.

Financed by Matthew and Mary Kelly and Amicus Foundation, we all went to Pattaya in Feb 2015 to interview and film the life work of an amazing man named Khun Jaa who had been fighting traffickers in that area for 25 years. He had been involved in thousands of investigations and had personally rescued many children. He had also been shot 3 times and was under constant threat from organized criminal gangs of traffickers. Khun Jaa has a compound outside of Pattaya where he takes care of 40 children he has personally rescued. He houses and feeds them as well as makes sure they are educated and protected. We interviewed Khun Jaa and heard endless stories of the dangers that these children face from sexual predators (mostly European and North American) and local criminal gangs wishing to kidnap them for forced labor or prostitution in Thailand. Khun Jaa’s place is called the ‘Anti Human-Trafficking and Child Abuse Center’ (ATCC).

After 3 days with Khun Jaa filming his work and stories we went off to Children of the Forest to film there as well. I had written a song a few months before about the situation as I understood it from my visit the year before. I had begun recording it and Matthew and Mary heard it and really liked the lyrics and music.

Shortly afterwords Matthew and the founder of Children of the Forest – Daniel Hopson – were invited to give a presentation at the United Nations in New York about ‘Children’s Rights World Wide’. Matthew decided that we could do a film with my new song (Love Will Rescue You) as part of the presentation at the UN.

I had the idea that the beginning of the film should be animated because of the horrific things that children face through these networks of Traffickers – images that are too difficult or graphic to show with live film… I suggested to Matthew and Mary that we invite my old friend the artist Céu D’Ellia from Brazil to do a script and see if we could somehow link an animated section of the film with live footage from Children of the Forest.

After speaking with Céu and presenting the idea to him as well as some suggestions for animation sequences, Céu came up with a powerful script for the film. I also had been in touch with the great Human Rights Activist ‘Jack Healey’ (www.humanrightsactioncenter.org) and Jack gave me a few visual ideas for use in the animation as well which I suggested to Céu. Jack ran Amnesty International for decades. Matthew and Mary and The Amicus Foundation decided to fund Céu’s work and the project was begun. They used some of the live footage we had already taken and went back to Children of the Forest and filmed the kids as we see them in the film at the end…

So these connections from the Amazon and Thailand led to the animated film ‘Love Will Rescue You’. My music producer is a brilliant musician named Bobby Parrs who also coincidentally lives in Thailand. On a remote Yoga retreat on a jungle lake with floating bungalows in Thailand, Bobby recorded two of Norway’s most renowned musicians who were on the retreat with us. They are Torbjørn Okland on guitar and Rita Eriksen on harmony vocals. Matthew Kelly played harmonica and Mike Finnigan played Hammond B3 organ.” 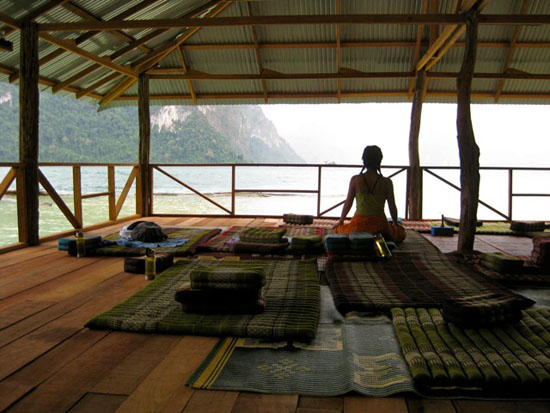 Danny, you are an inspiration to us all.

Thank you for what you have done, what you do and what you continue to stand for.

Peace and love to you xx

Danny will also be taking part at the Thailand festival Wonderfruit this coming December 2016.

If you’d like to get involved and help or donate to Children of The Forest please see their website to learn more: http://childrenoftheforest.org

Do you believe what love can do…