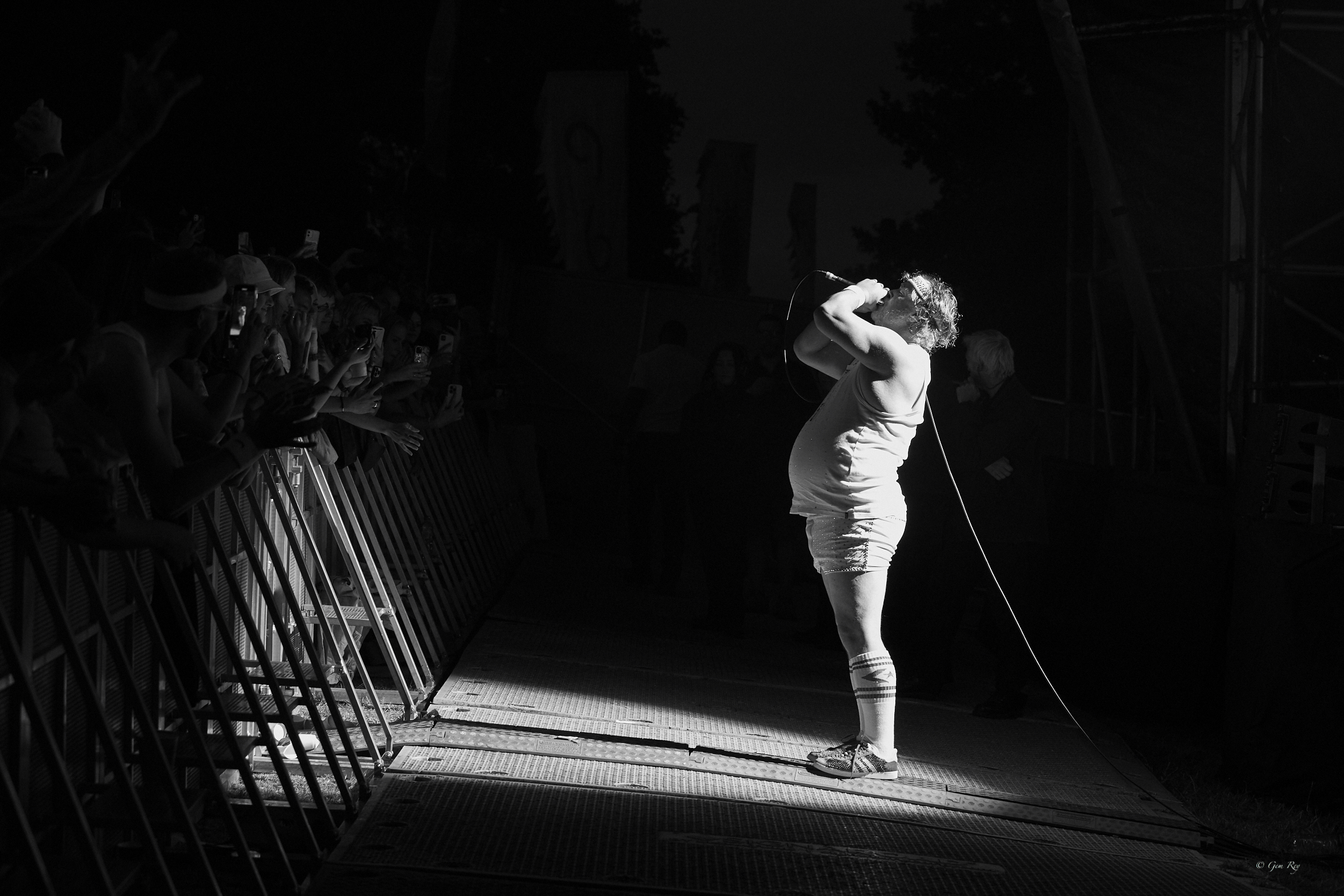 Friday 25th July 2022. Now that’s a date I will treasure in my diary for the rest of my days! New Zealand artists “Fat Freddy’s Drop” finally returned to our shores to perform here in London. It is the first time this wonderful band have been able to reach this side of the pond since before the pandemic. As you can imagine, there are quite a few of them to organise, so going on tour takes some planning. After a 3 year build up of anticipation from the fans, and a brand new album release, this was simply awesome. The band have been touring with their new album “WAIRUNGA”. The name comes from a place in Otago, New Zealand. It is also a Māori term that literally means “water above” and translating as “stream flowing down from the mountains”. I think that’s a rather beautiful name for an album don’t you?

Doors opened at 5.30pm. Previously the Freddy’s have performed indoors at Ally Pally – (Gracie Fields popularised the name “Ally Pally” incase you wanted to know.) This time the gig was outside in the grounds of Alexandra Park. It is Summer here in the UK which we all know can mean just about anything, all in one day! However timing is everything, and this was perfect. I walked up the hill surrounded by trees and birds. The city skyline in the distance, far enough away to feel calm and ‘away from it all’ but still providing an impressive view. By nightfall, we were surrounded by the twinkling lights of London. Stunning.

The opening set was by ‘The Log Cabin’ and ‘KOA’, who gave me a friendly welcome from the stage. Thank you. The crowds arrived gradually and explored the many food vans, huts and bars spread out around the place while the tunes gravitated through the trees. A great way to let go of the day and be present, ready for the night. The backdrop of Alexandra Palace is really quite impressive. You can feel the many years of art and music beaming from it’s walls. If vibes are anything to go by, this place is beautiful.

“Lime Cordiale” hit the stage dressed in the funkiest suits! I don’t know where I’ve been, but somehow I’ve not come across these guys before. Their set was fun and Summer ready. Just the ticket building up to the legends that we all couldn’t wait to see.

As the sun went down over London, a few golden rays hit the stage and crowd. MC Slave commented on it and welcomed the evening light. The crowd echoed his excitment with a cheer.

The new album was well received and a grand finale of “HOPE” was so very powerful. A track that goes way back in this bands musical career, yet it seems more profound than ever before. As the crowd sang along to the lyric, I watched as some had their eyes closed resting in the arms of the track. As it say’s;

‘Special Edition’ came into it’s own when the strap line “Sway Like This” kicked in. It was pretty impressive with 10,000 people syncronistically moving their arms left to right in the beat to the track singing along. MC Slave at one with the crowd every second of the way. Loved it.

It’s no small area of ground to cover when photographing 10,000 people in a park! As I stood at the top of the hill looking at the stage, a mix of ‘Wandering Eye’ kicked in through the tunes. It was an amazing moment as people who had been laying low at the back just couldn’t hold off any longer.  There was a rush of movement cheering and singing as the fans ran down the hill to join the rest of the crowd closer to the stage. I was glad to have seen that as it added so much gravitas mid gig.

It was a real pleasure to be asked to come back and photograph this gig for Fat Freddy’s Drop. If I could somehow define my gratitude into words, I don’t know if “Thank You” is enough. The crowd? You were immense! I hope these photographs carry you through til you are next blessed with the sounds of “Fat Freddy’s Drop”, wherever that may be.

All images are copyrighted to © Gem Rey